I have designed a number of puzzles for other games, as well as two original games. I enjoy difficult puzzles and that is reflected in what you’ll see below.

My puzzles for other games include:

Temple, built in the Snakefall demake of Snakebird. I also made some other less original levels that you can find on the wiki.
A fan-level for Gate88’s Bubble Butler.
I made some contributions to Ali Nikkhah’s masterpiece Vertebrae. A few more levels are pending judgment: Bonus puzzle 1 is an alternate to level 19; Bonus puzzle 2 would fit around levels 27-29; Bonus puzzle 3 would fit into the game at level 33, but is really difficult.
Level 23 of What Gophers Go For.
A modified level 7 of Jack Kutilek’s Snakehole.
A desecration of Jack Lance’s I’m Too Far Gone.
A few contributions to Andy Duff’s Push Blox 2.

A half-original game is my Weird Bug. The original Weird Bug by Jonah Ostroff is an incomplete puzzle game that is a fun exerpiment for anyone who knows PuzzleScript or wants to learn. My version is a complete game based on the original. 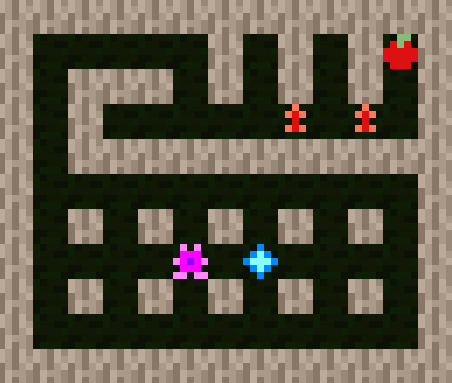 How will this shiny gem help you get past the fire ants?

I made two puzzle games with Mike Gelbart, Line of Sight and Herding Hero, both using the language PuzzleScript.

Herding Hero is our second game and I think the better of the two. It’s about being a herding dog and having to herd goats and sheep, who behave differently and all seem to start in difficult positions. It’s quite a challenging game throughout, but I hope that the levels provide enough variety to keep it enjoyable. 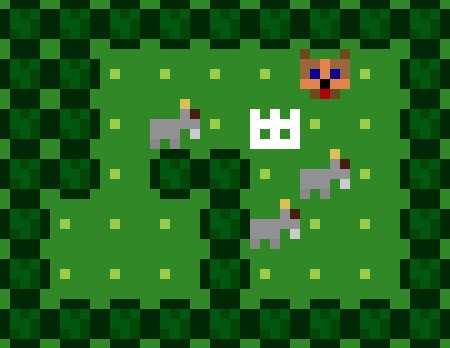 Getting all the goats into the bottom left pen in this early level of Herding Hero is harder than it looks!

In Line of Sight, movable towers are satisfied only if they see other towers in a straight, unobstructed line. It’s more of a sokoban-like game than Herding Hero, in that a lot of it is about pushing objects into the right positions, in the right sequence. Unlike other sokoban games, the end state that you would like to achieve is not always clear (all towers might be satisfied in a number of possible arrangements), and will take some deduction. 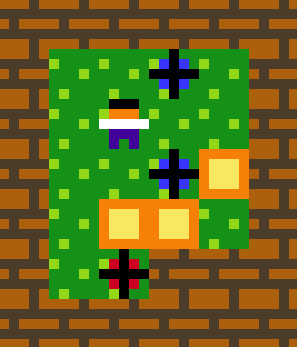 The blue towers in this position are satisfied because they can see eachother vertically, while the one on the bottom is unsatisfied.

PuzzleScript Robots is a small collection of puzzles based on the boardgame Ricochet Robots by Alex Randolph. It has a move counter so that you can try to solve each level in the fewest possible moves. 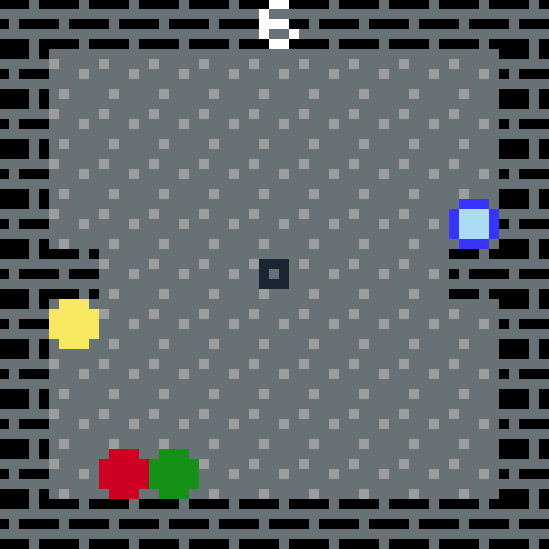